Published April, 2014. The full article can be found here: http://www.businessweek.com/articles/2014-04-17/new-egg-freezing-technology-eases-womens-career-family-angst

I just couldn’t help myself. What a motto! “Freeze your eggs, Free your career!”

You’ve probably heard that (by January, 2015) Facebook and Apple are offering to cover egg-freezing costs as part of their employee benefits. I have mixed feelings about this. (You’re like, “Welcome to the club, captain obvious.” I get it.)

Women, theoretically, have many options: Be a mom, don’t be a mom, be a mom early, be a mom late, be a stay-at-home mom, a part-time-work mom, a full-time-work mom. It’s an emotional minefield, driven by conscious and subconscious perceptions of what’s “expected” of you (from society, your own experience, your religion, what have you). It can be a double-edged blend of selfishness (what do “I” want) and selflessness (what’s “best” for the family/children).

I’m not going to deconstruct all that, because in my personal opinion, there’s no right answer. You’ve got to weigh all those factors, do what’s best for you, and do the best you can.

I do sincerely applaud Facebook and Apple for supporting some of the many choices a woman can make. But here’s the thing that sticks in my craw – why aren’t those options equally financially supported? Purposefully or accidentally, this decision deems that some of those options are ok but not all.

The overall point is to support and maintain an effective female workforce, right? So why doesn’t it work like this: $20k for your choice. Better yet – don’t force women to specify/justify that decision to their employer. Have this lump sum go into a flex account that can be used as they see fit:

I know this is a sticky topic. I’m not saying there’s a right answer. I’m just saying that let’s not stop here. Apple/Facebook/Google/Microsoft, like it or not, are models that the rest of tech looks up to. In a time where flexibility attracts the best young talent, let’s support women making their own choices. Imagine the potential: What if you made yourself a company where the most talented women in the world were beating down the doors to join you?

** My sources tell me that this might cover a year – year and a half of childcare. If this allows a woman to keep her job after having a child, her earning potential would likely continue/increase over that time. That way, by the time the lump sum is used up, wouldn’t she in a better place to afford the childcare after that?

If you want to sigh at the word “funemployment”, go ahead. It’s cool.

Don’t worry – I’m not going to spend a lot of time writing about what it is. If you want to google it, you can read examples that mostly buoy the impression of the self-entitled youth. You know, the twenty-something-who-doesn’t-understand-hard-work kind of thing.

In my experience, that stereotype doesn’t really fit for unemployed (fun or not) scientists and engineers.

When we decided to go to graduate school (say, in the years 2004 – 2008 or so), we were told that higher education was the key to job security. We were assured that we shouldn’t worry about student loans. And then, one by one, tiers of professional options toppled. Major law firms shut down. Pharmaceutical companies slashed R&D departments. NASA and other scientific funding sources were cut. I was lucky – I was able to weather some of the storm in grad school. But even when I took my “risky” job at a start-up in 2010, I had more job security there than friends going to work for Pfizer or Merck.

The job market for STEM professionals (and lawyers) is still pretty dire – that fact can’t be ignored. Excluding those who are desperately looking for a job, there are still many of us who are choosing, at least for a short period of time, to stay unemployed (a.k.a., funemployed). How come? It’s not because we don’t understand hard work, or we have a lot of money, or we’re lazy. In fact, let’s do a little focus study on your typical graduate student:

If we look at the NSF Graduate Research Fellowship, a prestigious award, it offers its 2014 awardees $32,000 as an annual stipend. Let’s be generous and use that as a ballpark graduate student salary (in fact, it’s typically $2000 or so above the stipend offered by the school).

First point: The stipend is a flat rate. If you look at stipends for graduate schools across the country, the values are pretty flat there as well. Cost of living is generally ignored. From someone who has lived in Arkansas and Silicon Valley, I can tell you that $32k stretches further in some places than others.

Your final take-home income is $27,654. For a 40-hour workweek, that’s not too bad – about $13.30 an hour. But what graduate student only works 40 hours a week? Let’s be generous again and say the average workweek is about 60 hours (though mine and my colleagues were typically longer). That drops your taxed hourly pay (remember – generously) down to $8.86 per hour.

Forgive my rant, scattered with nuggets of stipend averages and tax math. Do I think graduate students and post-docs are underpaid? Yes.

But my point is this – we’re not in it for the money. If one of my colleagues is funemployed, it’s not because they are lazy or entitled. We’re in STEM fields because we are passionate, motivated, innovative people who think we can change the world. We want to understand cancer, make green energy alternatives, synthesize new therapeutics. Even by the 3rd year of graduate school when we’ve been bumped down a few notches, we still think we can make a difference – and we’re willing to be paid minimum wage to do it.

So why are some of these motivated, passionate people choosing funemployment? From what I’ve seen, it’s one of the following options:

Funemployed people are lucky in some way, meaning they have an alternative source of financial support (savings, a spouse’s salary, etc). It’s usually not the lap of luxury, but they can get by, so they take a break. They re-assess their initial motivations and evaluate how they’ve transformed over the last few years. They try to define their unique skills and identify career paths. They’re not making 40-year plans here – they’ve seen too much disruption to hope for that. Even a five year plan is a little optimistic. So they mull on what they want to do for the next 1-3 years.

And now – we’re finally at the real point of this post – they are ready to re-enter the job market. And by they, I really mean we, because I am one of these people.

There are some really good things about this phase. We STEM people are probably too type-A or energetic to sit around eating cheetos all day (at least, not for more than a week or two), so we’ve probably done something interesting with our free time. I started a blog (a cliche for a funemployed person, I know), spent time with my family, read voraciously, and was re-introduced to life “off-call” (not constantly checking my phone, email, etc). Learning a new programming language is next on my list of things to do.

Having time off has re-invigorated my creativity. The freedom has given me time to reconnect to my natural instinct to write, and I’m able to satisfy my curiosity when something comes along I want to know more about. (Since I’m addicted to all things TED, that happens a lot). So much time to reflect allowed me to draw a road map of myself, my motivations, and the type of job I’m looking for.

But it’s not all rainbows and cupcakes. I’ve been funemployed for two reasons – I’m at a crossroads, and I’m considering a career transition. In some ways, compared to the fast pace of science & tech, I feel like the last few months have been a little stagnant. I feel caught between two worlds because I can’t whole-heartedly commit to the jobs I’m qualified for, but I don’t have enough experience for that different job I want. I’m in a new area of the country with a different culture and new acronyms (jobs here are defined in terms of a general schedule for goodness sake). It’s a little overwhelming. Maybe some of you feel the same way.

So what does a funemployed person do when they are ready to re-enter the work force? I have three pieces of advice.

I don’t know about you, but going through job search engines is depressing. At first, it’s mining for gold. Then, you are lucky to see one or two new things pop up each day. You check them all during your morning coffee and think – what the heck am I supposed to do now? If your time off has been as reflectively fruitful as mine, take that mental vision of your ideal job and find a company that matches it. If you are looking for a technical position, find a company with a vision or technology you are psyched about. If you are looking for a writing job, find a source that writes the way you want to. If they have open positions, great. If not, maybe send them your resume anyway with a cover letter that expresses your enthusiasm for the company.

You probably have a large network (or at least, a network that’s larger than you think). You are probably an alumni from somewhere. You probably have friends who are happy to send an email to that random classmate who started a cool company. Don’t say no to a potential networking opportunity. Find conferences, meetups, or classes.  Don’t be afraid to tell people you are job-hunting, just make sure you can communicate who you are and what you are looking for.

3. Be patient, but proactive.

I am a very impatient person. (My close friends and family understand the word “very” there is a euphemism.) Mentally I know this is going to take a while and that there are going to be some dead ends. But when I’ve read the 50th irrelevant job posting or “no open positions” notice, I try to remind myself what I’m looking for. I’m willing to intern, freelance, or be underemployed (work in a position I’m overqualified for) in order to get that job. I have to believe that I have skills worth contributing, and that a place exists for me to contribute to. Until then, I actively wait.

I can’t believe I forgot my most important rule! I’m using the 60% rule (a la Sheryl Sandberg). If it’s a job I’m excited about, I apply even if I’m only 60% qualified. And yes, this is hard. I can be the queen of talking myself out of a position. But I try to remember this – let them be the ones to tell you no. Every job is going to have an element of training, and for a quick learner and hard worker, 40% to learn can’t be that hard. Just prepare yourself to put some elbow grease into it. 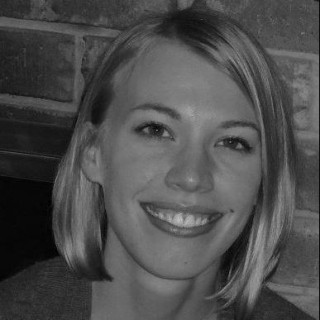 After 4 years of a Stanford Ph.D. program in chemistry, I dropped out to become the first scientist at a silicon valley biotech start up. After helping build the company for three years, I'm starting another new life. "What is that feeling when you're driving away from people and they recede on the plain till you see their specks dispersing? - it's the too-huge world vaulting us, and it's good-by. But we lean forward to the next crazy venture beneath the skies." - On the Road (Jack Kerouac)